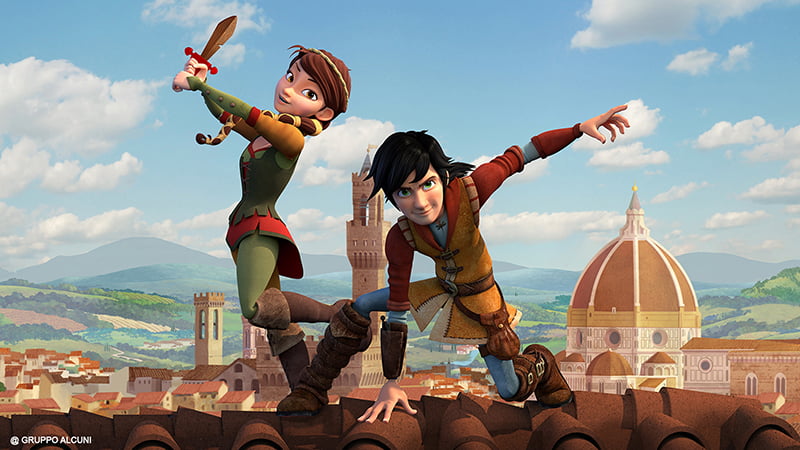 Gruppo Alcuni is growing its footprint in the animation arena with new seasons of hit series such as “Leo da Vinci” and “Mini Pet Pals”. Francesco Manfio, CEO of the company, describes these titles and comments on the new projects.

Gruppo Alcuni is expanding considerably on the international market, even with the difficulties the pandemic caused on the audiovisual productions. The Italian production company has announced new seasons of its hit series as well as new animated projects.

“We’re stepping up, and the forecasts look great. We obtained great results without ever giving up our creative zeal and technical R&D. Our entire creative, production, and distribution teams work with great enthusiasm. They are committed to innovating towards the standards that the market demands,” Francesco Manfio, CEO at Gruppo Alcuni, told Señal News.

Recently, Gruppo Alcuni confirmed the second season of “Leo da Vinci”: “We’re very excited to announce the co-production deal for our second series. The show is dedicated to Italy’s boy-genius, which follows on the heels of an extremely successful first season, and boasts great ratings in Italy and European countries like Germany, Poland, Portugal, Greece, and Hungary,” Manfio stated. “We created the series as a sequel to our award-winning animated feature ‘Leo da Vinci: Mission Mona Lisa’, distributed in theatres in over 80 countries. It is a great satisfaction for us! Our co-producers on board for this extraordinary project are India’s Cosmos-Maya, Germany’s Hessischer Rundfunk/ARD, and Italy’s RAI Ragazzi”, he added.

Moreover, Gruppo Alcuni is launching a new “Mini Pet Pals” series. While this production is based on a highly successful brand (156 episodes and one feature film, its concept is being completely renovated. “In ‘Mini Pet Pals Start School’ our little friends are ready to go to nursery school, with all the issues that this could bring: making new friends or listen to their teachers. Each of the main characters faces these new situations differently. Our team created an amazing and colorful school, with a surprising classroom, a theatre, and playrooms. In other words, it is a truly child-friendly school environment,” Manfio described. The 26 episodes are complete and will be available on RAI Yoyo (who co-produced with RAI Ragazzi) starting October 18.
“They’re also available for international distribution, which is handled directly by us. Another 26 episodes will be ready by May 2022,” he added.

Another popular Gruppo Alcuni’s IP is “Vlady & Mirò”, an old-fashioned slapstick series. Its plot is simple: Vlady (a raccoon) and Mirò (a bear) are getting ready to hibernate. Everything goes according to the plan until Mirò starts snoring. If Vlady wants to sleep too, he has to stop that.
“Every episode is a sequence of whacky, outrageous, dangerous, and hilarious ideas that Vlady tries out to stop Mirò’s snoring,” Manfio said.

Regarding Gruppo Alcuni’s new projects, Manfio anticipated “The Black Diamond Race”, one of the company’s biggest bets.
“We believe in this project because it aims to the pre-teen target, a very challenging one. Moreover, the show is all about love and adventure, and it takes place in Europe and India in the early 20th Century. Finally, the series has very innovative graphics, and it’s full of ‘guest stars’ as a young Enzo Ferrari,” Manfio concluded. 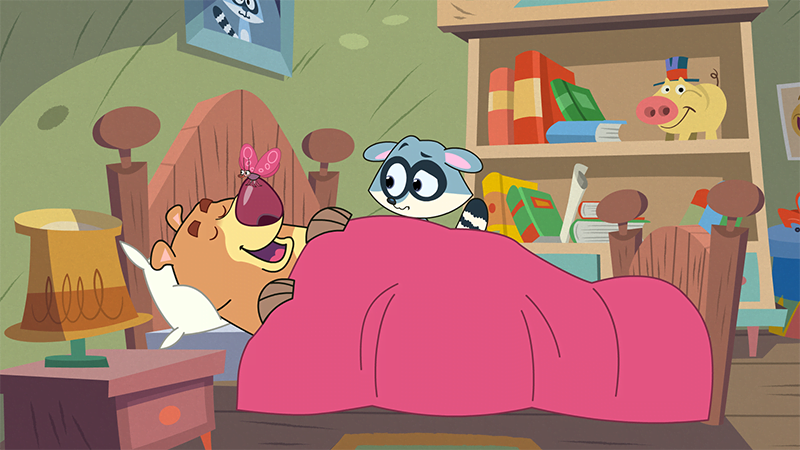