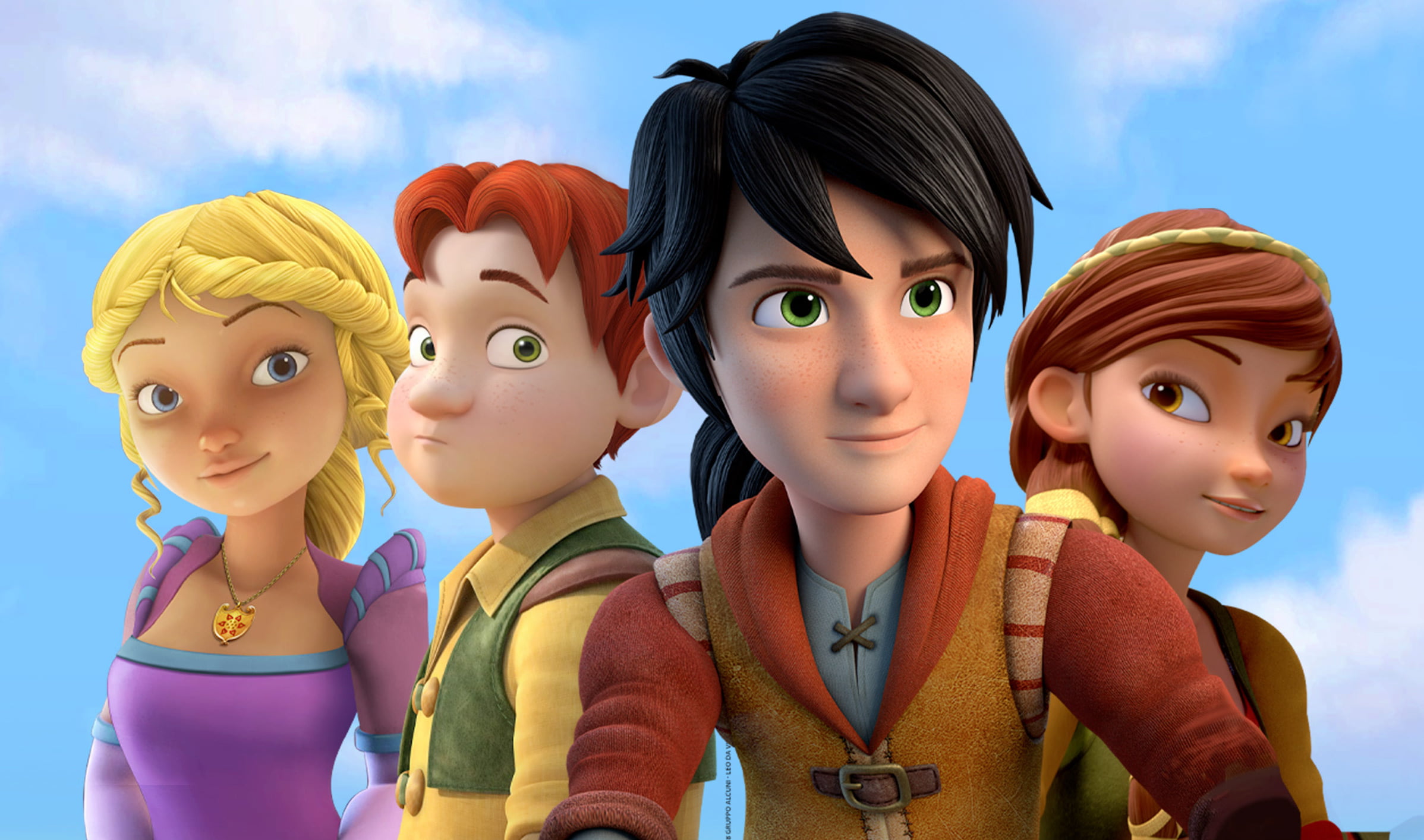 “Now I will tell you of the most precious article that exists in the world… The King of this Island possesses a ruby which is the finest and biggest in the world. Its value is so great that a price for it in money could hardly be named at all…” (from The Travels of Marco Polo)

Our remarkable boy-genius is back for more exhilarating adventures with buddies Lisa, Lollo and Bianca, as they take off for a thrilling and dangerous mission along the trail of the world’s most legendary and mysterious ruby.

The brand new Leo da Vinci 2 begins with Lorenzo de Medici coveting the precious stone, after reading about it in the manuscript of Marco Polo’s Travels. He assigns the search and recovery mission to our heroes, who set off from Florence on a long and most peculiar journey. The adventure is even more electrifying when two sinister Merchants and a bunch of dastardly pirates (Blue Pirate, Shark, Cicala and Francis team up with the fiendish Red Pirate this time around) are hot on their heels to grab that precious gem first.

Arriving in Venice, the youngsters discover the ruby was stolen on the Island of Seilan, where King Sendeman ruled during Marco Polo’s time. So the search continues!
Leo and his friends travel all the way to Germany, on the tracks of Augsburg traders whose lucrative business connections in Venice might help them put together the pieces of the gem’s puzzle. But the bad guys are still really close behind…

So, who will be the first to find Marco Polo’s astonishing ruby?

Leo da Vinci – 2nd season is a series with 2 measures hearty adventure, 1 splash sparkling comedy and 1 jigger old-fashioned romance, shaken not stirred.
Take my word for it!
Just as sure as my name’s Leo… Leo da Vinci.