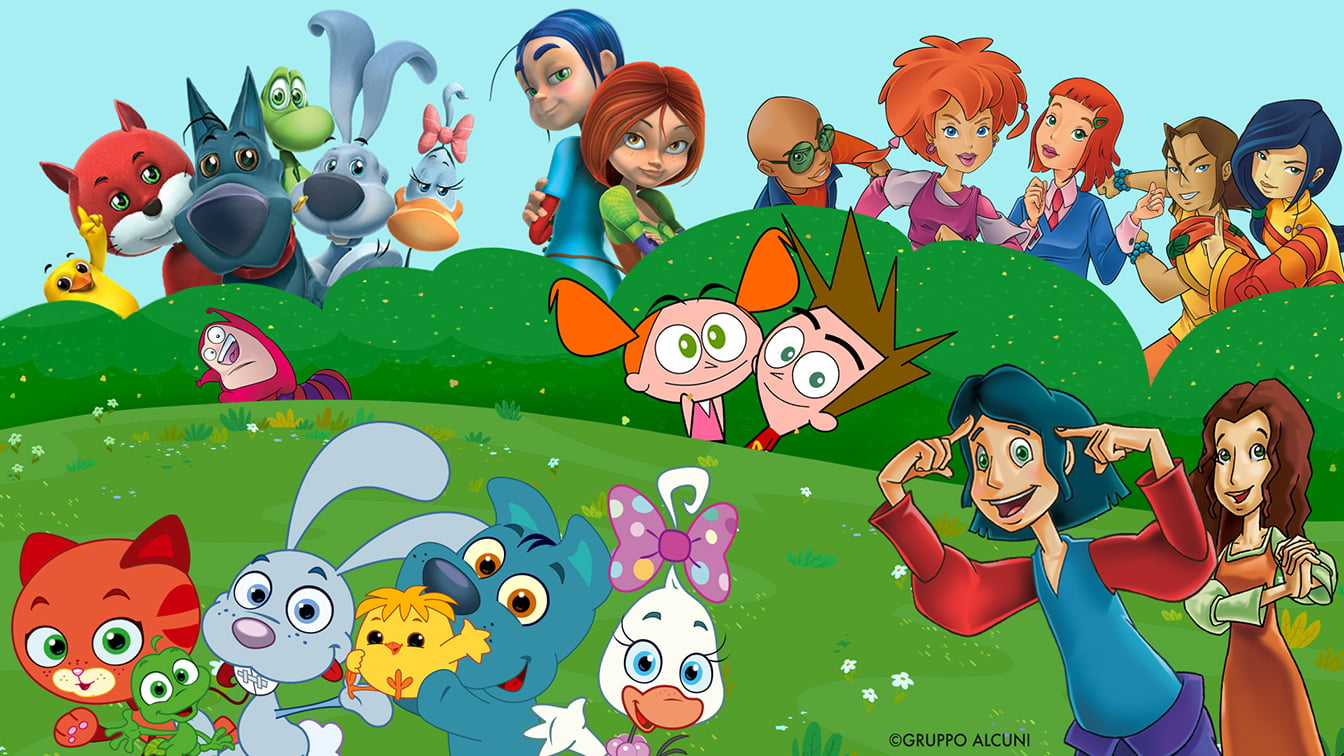 Gruppo Alcuni, leading Italian Producer and Distributor of animated children content, has just concluded a package deal with Ocean New Media, the Distribution Company of Olympusat’s TV networks. The American Media Company has picked up a part of Gruppo Alcuni’s impressive library. The shows are expected to premiere on Olympusat’s networks across the Spanish-speaking world, but also in English and Portuguese in the American continents.

Kristina B. Simon, SVP Sales & Business Development at Gruppo Alcuni, says: “We are pleased to announce a second deal with our distinguished partner, Olympusat, for some of our edutainment series. I am confident that Gruppo Alcuni’s high animation quality and peppy storylines will be an appealing addition for young American audiences. We are so proud to have such a quality network share our shows, and I can’t wait for them to be aired everywhere in America. We hope for more partnerships in the near future, since this is truly a great collaboration.”

Aurora Bacquerie, Senior Vice President Content Acquisitions at Olympusat says, “We are really proud of our continued partnership with Gruppo Alcuni. Their series, coming soon to Olympusat platforms, provide the next generation of Olympusat customers with quality edutainment stories in Spanish and English. We are thrilled at the opportunity to bring these series to our viewers across multiple screens, devices and languages.”

So, Ocean New Media now joins the long list of broadcasters to have acquired all three preschool seasons of MINI PET PALS, the kids series such as the fifth season of PET PALS, the entire mini-series of H2Ooooh!, LEONARDO and SYMO & ROSE, along with the pre-teen series SLASH://.

MINI PET PALS, where a wonderful playground is the magical setting for our small friends’ amazing adventures, and where they always learn something useful. The relationships that develop between the Mini Pet Pals are typical of kids that play together, so every episode has a small challenge, a problem to be solved, a curiosity to be satisfied, or a particular emotion like joy, fear, loneliness, shyness, anger and sadness which affect our little heroes.

PET PALS 5, where young viewers are taken on adventure-filled journeys in each enchanted episode. Crow Witch is determined to cancel the past, erasing any trace of her humiliating defeats by the Pet Pals. Our fearless heroes discover an antidote for her nasty spell and must embark on an epic journey in search of the mysterious but necessary ingredients. Along the way, they meet up with an incredible array of wizards, witches and magical characters, experiencing astonishing natural phenomena and much more besides!

H2Ooooh! has the same character design as Pet Pals. The mini-series springs from a collaboration between Gruppo Alcuni, the UNESCO Venice Office, and RAI Fiction as an invitation to young students between 6 and 16, to create stories on the theme of water: its use, its exploitation, and its limited supply. The most interesting pieces were transformed into a series of 26 short cartoons. The main characters are the six Pet Pals, from the popular TV series. The episodes aim at raising awareness on the theme of water by encouraging kids to share their experiences and suggestions for safeguarding the environment in an innovative and exciting way.

LEONARDO tells the story of a group of 15th-century Italian teenagers, who are lucky to have Leonardo da Vinci as their friend!

SYMO & ROSE narrates the adventures of a five-year-old boy named Symo and his younger sister, Rose. Full of catchy tunes, stunning Flash animation, and delightful characters, the episodes are rich with references to classic movies (Star Wars, King Kong, War of the Worlds etc.), and is sure to appeal to all cinema lovers, young and old. The series is completely without dialogue.

Aimed at a target audience of adventurous and inquisitive 6-10-year olds, SLASH:// follows the adventures of five teens from across the globe, who physically travel through the internet thanks to the magical power of a mysterious green stone. They come up against Cobra, an evil villain who is intent on stealing and destroying some of the most important artworks on the planet.