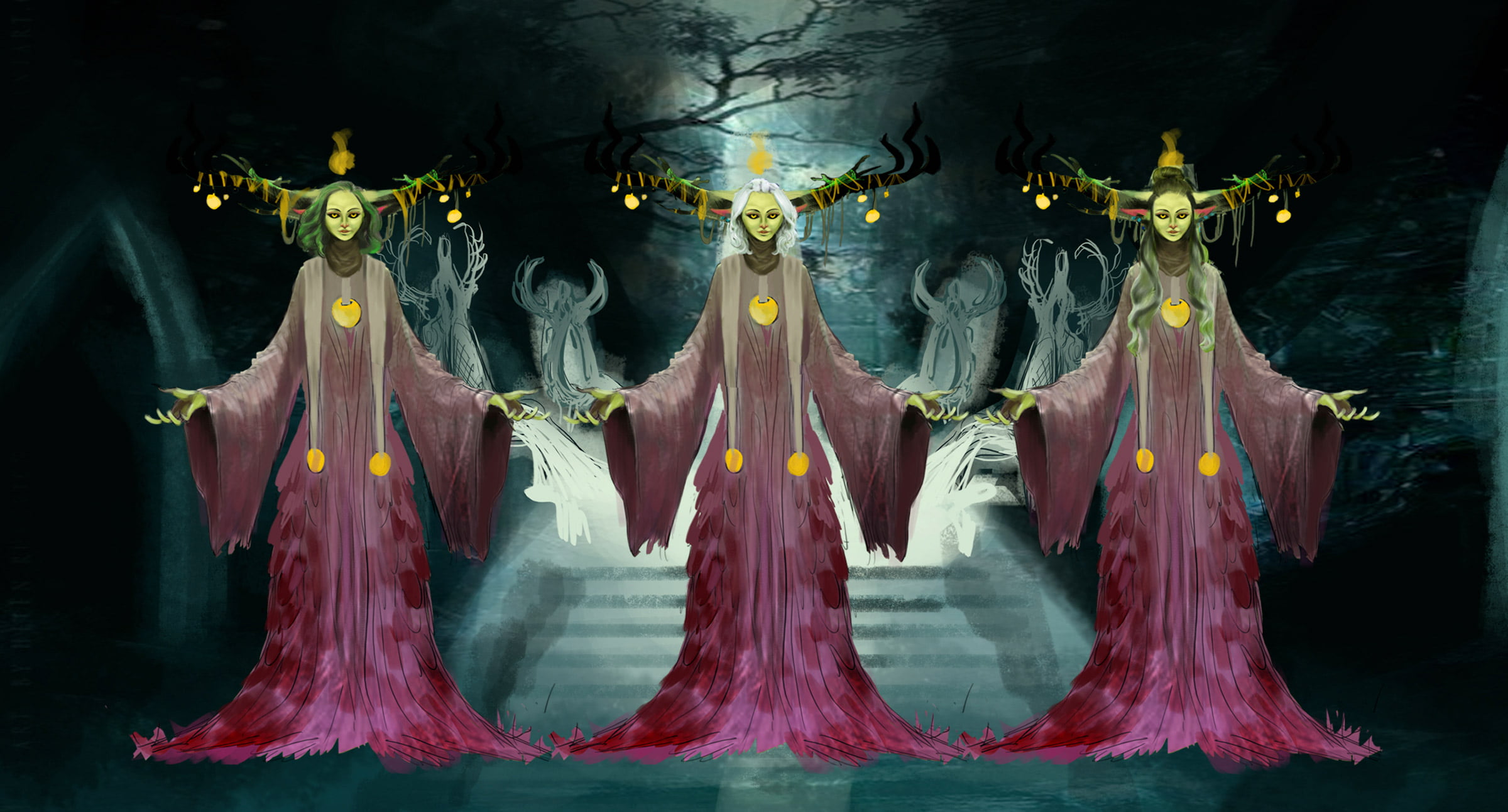 An ancient manuscript with missing fragments contains the legacy of this extraordinary, other-worldly yet exquisitely human story: a small, peaceful forest tribe is brutally invaded by a horde of cruel nomadic warriors called the Barbarian Wizards, whose magical powers are truly unparalleled, and reputation is absolutely infamous… And it looks like they want to stay!

Five kids manage to escape right before the meek villagers are all taken prisoners, and wind up under the guardianship of Agrà, the retired village druid-chief now turned hermit.

With the help of five magnificent forest creatures known as the Vivians, the kids become trained in the ancient magical art of shape-shifting into plants, which will enable them to strike back at – and eventually defeat – the Wizards and their diabolical shaman sorcerer Antimor.

As the enchanting story unfolds, we are attuned to a variety of themes such as destruction of culture and territory, or values like freedom and self-determination, which will certainly give young audiences some food for thought.