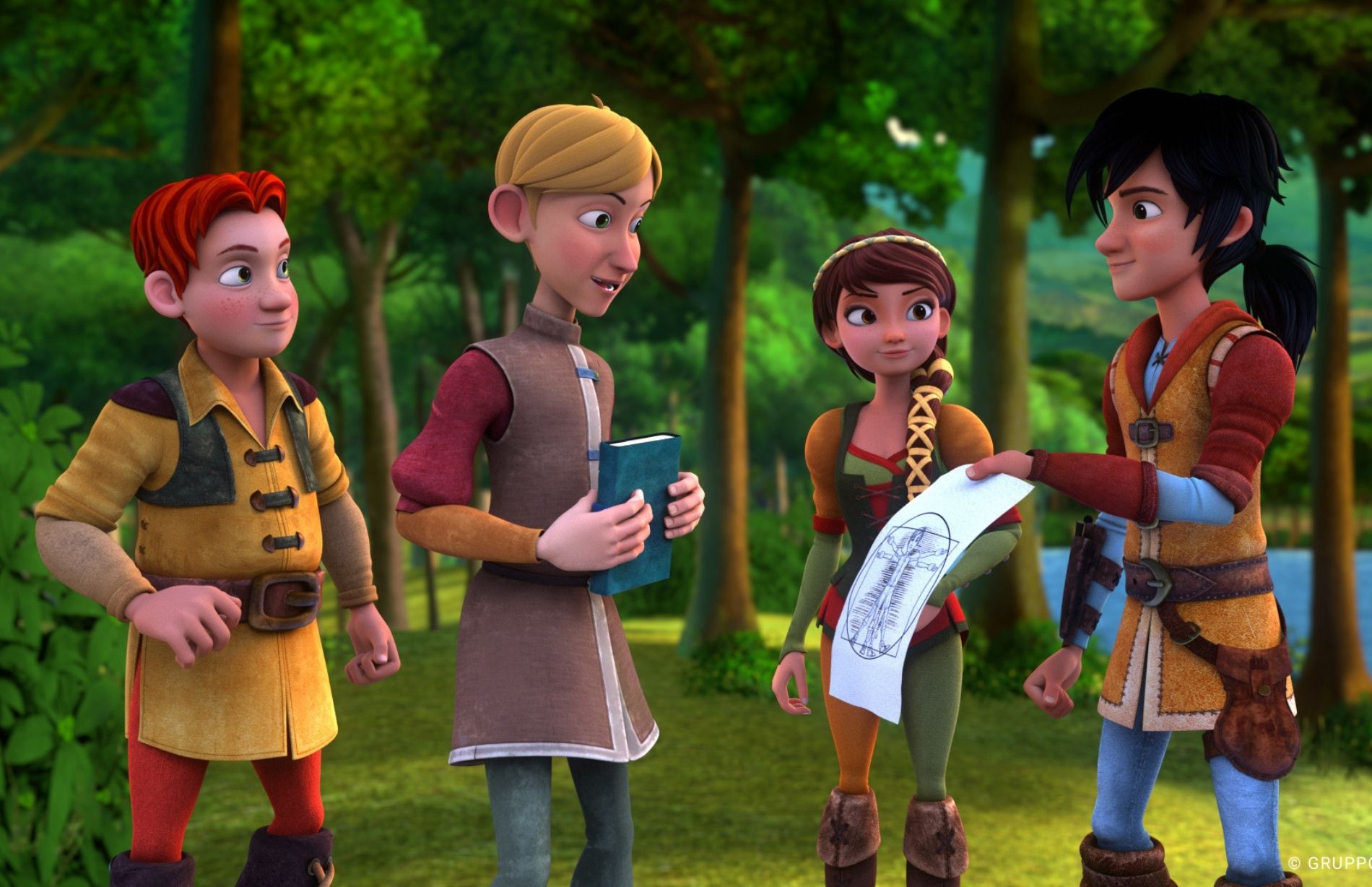 The Italian channel will broadcast today a “A rare friend”, the special episode of the animated series “Leo da Vinci” from Gruppo Alcuni. Directed by Sergio Manfio, the cartoon tells the fantastic journey into the fifteenth century by Fabrizio, a boy with Anderson- Fabry disease, and his meeting with the young Leonardo da Vinci.

This is the world premiere of the special episode of the animated series “Leo da Vinci”, broadcast in Italy on the Rai networks and on various networks around the world, and it’s a co-production of Rai Ragazzi, Gruppo Alcuni and Cosmos Maya. The episode “A rare friend” was produced in collaboration with AIAF and the Multidisciplinary Group for Metabolic Diseases of Adults of the AOU of Padua.

The episode, after the “premiere” on Rai Gulp, will be available on RaiPlay translated into several languages, and it will be distributed in Europe and around the world.

Luca Milano, Director of Rai Ragazzi: “A successful animated series, ‘Leo da Vinci’, becomes the intermediary of an important message of awareness for children and families. Knowing how to recognize rare diseases is the first step to be able to fight them.”

The collaboration with Gruppo Alcuni, which has always produced works related to social communication and the promotion of childhood education, is fundamental. “A rare friend” was awarded in 2021 as the best animated short film at “Rare Disease International Film Festival – Uno Sguardo Raro” and as best communication project at the “1st Rare Diseases Award” at the Leopolda Health System Forum in Florence.

READ THE ARTICLE ON SEÑAL NEWS