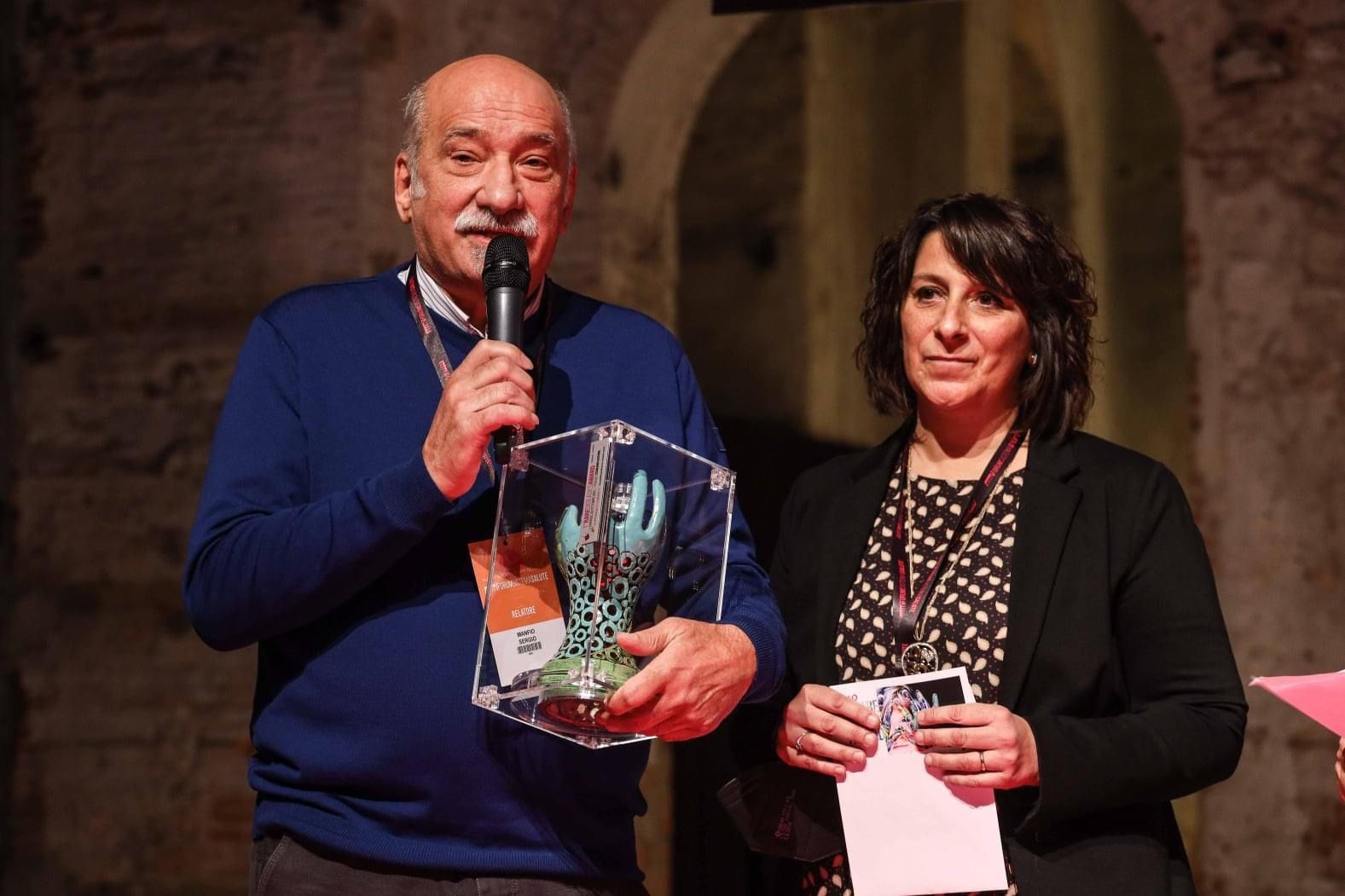 This special episode was commissioned by Italy’s Anderson-Fabry Association (AIAF) and Network for Rare Hereditary Metabolic Disorders in order to raise youngsters’ awareness of Fabry Disease, a rare genetic condition.

In this Leo da Vinci special short, made possible by a co-production with Rai Ragazzi and Cosmos Maya, Fabrizio is a 21st century teen-ager filmed in live-action, who suffers from Fabry Disease. He also suffers from a lack of friends, and he has a huge admiration for Leonardo da Vinci. As Fabrizio dozes off, he time travels back to 15th century Florence as an animated character who gets to know Leo and friends in Verrocchio’s workshop. Not only does he experience exciting adventures with his new buddies, but he also becomes the driving force behind the dawning of rare disease medical research. Returning to his 21st century life, Fabrizio knows that it wasn’t all just a dream: on his desk is a souvenir from his good buddy Leo da Vinci, which gives him new hope and the confidence to get through his day to day challenges with Fabry Disease.

Gruppo Alcuni CEO Francesco Manfio states: “We’re overjoyed because this award proves how significant cartoons like A Rare Friend can be in communicating important content to kids. We did this with a lot of our series, like Cartoons for Peace and H2Ooooh!, and now we have this production which focuses on rare diseases like Fabry.”

Director Sergio Manfio adds: “The rare disease sector is quite vast, and is creating numerous occasions to inform people about these diseases, which are very challenging to live with. I’m excited about the award, but what is truly important to highlight is how animation is such an engaging way to communicate with kids using their own language. This is a field that’s just starting to develop, but it would definitely be worthwhile to create a collaboration between communication professionals and health experts. Communicating through animation enables certain subjects, such as rare disease, to get out of their niche and reach large audiences. We owe a special thanks to Rai Ragazzi who believed in the project, and will air the episode on its channels during the second Leo da Vinci series.”

Rai Ragazzi’s Luca Milano comments: “I’m very pleased. I was really optimistic that it would win because it’s such an innovative, original production…but getting the proof of this is even better! All of Rai’s productions for kids and teens, from shows to series, aim at combining fun with education, in order to build self-confidence along with family and social bonds in such challenging times.”