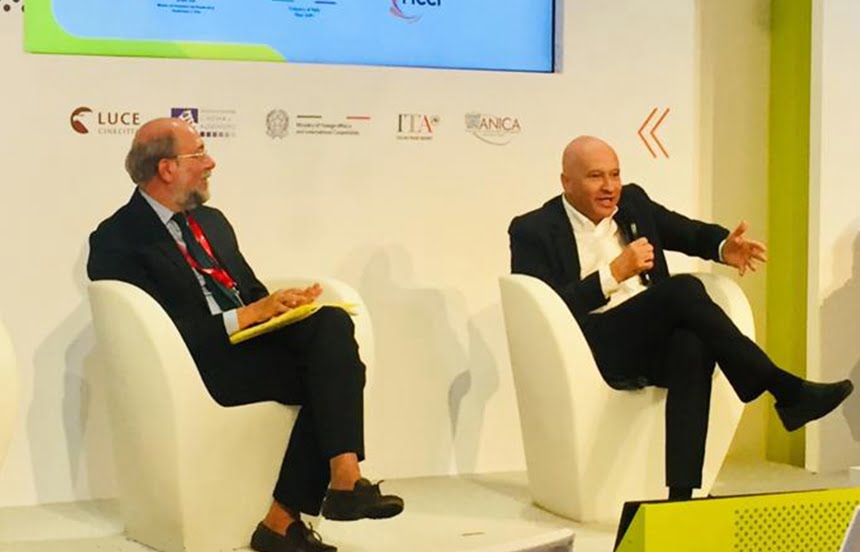 The CEO of the Italian company, Francesco Manfio, talked about the several co-productions that Gruppo Alcuni has with India and highlighted the series “Leo da Vinci”.

Gruppo Alcuni’s Francesco Manfio recently gave a talk at the “Focus on India” conference during the 78th Venice Film Festival, where strategies were outlined to support greater collaboration between Italy and India in creating animated content.

The Italian producer and APA Animation Coordinator stated:“Gruppo Alcuni has a strong bond with many Indian animation companies. Since 1999, we’ve been producing successful television series with DQ, Digitoonz, Studio 56 and Cosmos Maya. It’s also thanks to these co-productions that our content is present in over 130 world countries, so our experience has been extremely positive… It’s essential that we all truly work together to create, produce and distribute quality programs that combine both our cultures and are geared towards international success. Let me be clear: by international success, I don’t mean productions that disown the values and culture which nourish us all. Rather, series that build on our culture yet can be of interest to audiences all over the world.I believe the correct path is the one we started travelling with our series ‘Leo da Vinci’.”

The conference was introduced by Roberto Stabile (ANICA International Department), with special guests Nicola Borrelli (DG Cinema and MiC Audiovisual), Chiara Sbarigia (Istituto Luce Cinecittà), Francesco Rutelli (ANICA), H.E. Vincenzo De Luca (Ambassador of Italy to India) and H.E. Neena Malhotra (Ambassador of India to Italy), Dilip Chenoy (FICCI) and Cristian Jezdic (Cartoon Italia), along with Rai Ragazzi’s Luca Milano who emphasized the significance of collaborative efforts between Italy and India in such a very competitive field: “As RAI Ragazzi, it’s been a pleasure to observe the co-productions between these two countries. I would hope the partnerships could grow exponentially, from both a technical and a creative perspective.”

Likewise, Toonz Media Group’s P. Jayakumar and Graphiti Multimedia’s Munjal Shroff both expressed the need for opening up a new season in the partnership between Italy and India, building on experience while developing innovative projects that can aim for success on a global level.

“Gruppo Alcuni has a strong bond with many Indian animation companies. Since 1999, we’ve been producing successful television series with DQ, Digitoonz, Studio 56 and Cosmos Maya. It’s also thanks to these co-productions that our content is present in over 130 world countries”

Read the news on Señal News