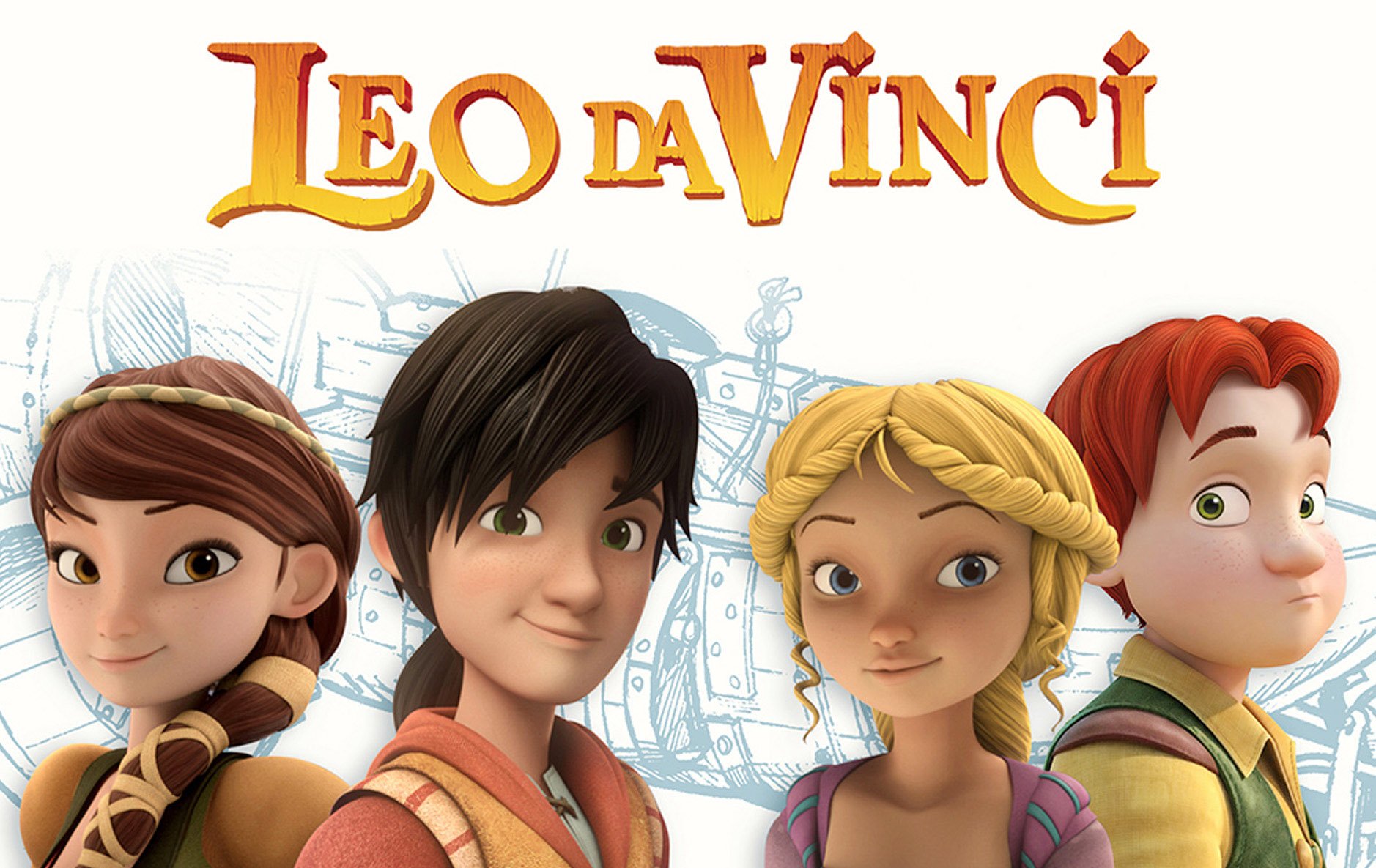 With all the beloved characters that made the movie such a big hit including Barrel, Leo’s astonishing flying amphibian machine, but with a spectacular new and historically accurate setting.

It all begins with Leo, Lisa and Lollo landing in early Renaissance Florence, where the three teens end up rescuing the Medici Family time and again from a wicked conspirator’s evil schemes.
With a little encouragement from bold and fearless Lisa, Leo puts his genius skills to the test to become a 15th-century super hero, and fly like Superman or climb walls like Spiderman.
Leo taps into his unique intelligence and mind-boggling brilliant creativity to perform prodigious feats, as if he possessed innate extraordinary powers. With tons of precious help from Lisa and a jot of wackiness from bestie Lollo, Leo always has the right invention handy and ready to go!

Gruppo Alcuni’s Sergio and Francesco Manfio give life to the Tuscan Genius’ teen years with a unique fusion of inspired lighthearted imagination, such as Leo’s friendship with Lorenzo De Medici and teenage crush on Lisa, and a few-known historical facts like his adolescence in Florence interning with buddy Botticelli in Verrocchio’s workshop. The final result? An exquisitely engaging family-friendly adventure-comedy series!

After airing the first 26 episodes on Rai, the show will debut on the German Kids’ channel KiKA, from March 1st, 2021 at 7 pm, on their popular prime time slot, with double episodes each day.